By The Associated PressOctober 8, 2020 GMT

3. “The Happy in a Hurry Cookbook” by Steve Doocy and Kathy Doocy (William Morrow...

By The Associated PressOctober 1, 2020 GMT

3. “The Book of Two Ways” by Jodi Picoult (Ballantine)

By The Associated PressSeptember 29, 2020 GMT

By The Associated PressSeptember 24, 2020 GMT

3. “The Evening and the Morning” by Ken Follett (Viking)

The top 10 audiobooks on Audible.com

By The Associated PressSeptember 23, 2020 GMT

NEW YORK (AP) — Bob Woodward says he hadn't planned on releasing audio tapes of his interviews with President Donald Trump for his book “Rage” until CNN reporter Jamie Gangel and the author's wife...

By The Associated PressSeptember 22, 2020 GMT

WASHINGTON (AP) — Explaining his deceptive assurances about the pandemic, President Donald Trump suggested he was doing what Winston Churchill had done, soothing the public in a time of danger....

WASHINGTON (AP) — President Donald Trump is expanding his arsenal of spectacular, but hard to explain, claims about U.S. military might.

First, there were invisible airplanes. Then, a “super...

Maddow beneficiary of scramble for attention by authors

COLUMBIA, S.C. (AP) — Sen. Lindsey Graham, one of President Donald Trump's top congressional allies, is denouncing an implication floated by a Fox News personality that he intended to sabotage the...

Public vs. private: A timeline of Trump’s comments on virus

WASHINGTON (AP) — President Donald Trump's comments on the threat posed by the coronavirus have varied widely depending on whether he was speaking in public or private.

‘Deadly stuff’: Trump’s own words bring focus back to virus

WASHINGTON (AP) — Try as he might to change the subject, President Donald Trump can’t escape the coronavirus.

In April, the president tried to shift the public's focus to the economy. In...

Book: Trump said of virus, ‘I wanted to always play it down’

WASHINGTON (AP) — President Donald Trump talked in private about the “deadly” coronavirus last February, even as he was declaring to America it was no worse than the flu and insisting it was under...

Bob Woodward’s new Trump book, ‘Rage,’ due out next month

NEW YORK (AP) — Hillary Clinton is mourning the death of Simon & Schuster CEO Carolyn Reidy, whose publishing house has been working with Clinton since she was first lady in the...

Publisher Simon & Schuster for sale, not ‘core’ to ViacomCBS

NEW YORK (AP) — Simon & Schuster, the publisher of such authors as Stephen King and Bob Woodward, is up for sale.

ViacomCBS, fresh off a merger, is looking to sell its book publishing...

NEW YORK (AP) — Alice Mayhew, the celebrated and influential editor of political and historical works whose authors ranged from Bob Woodward and Carl Bernstein to Taylor Branch and Doris Kearns...

Neither fire nor fury for Wolff’s new Trump book

NEW YORK (AP) — The sequel to Michael Wolff's million-selling "Fire and Fury" is not attracting the same kind of interest, not even from President Donald Trump.

NEW YORK (AP) — The featured speakers at the annual benefit gala for PEN America shared stories about truth and the determination to learn it.

NEW YORK (AP) — The country's hottest book isn't a hit because of Oprah Winfrey or Donald Trump. It's all because of a laughing Scottish grandmother.

One month ago Friday, an unidentified Trump administration official set off a White House firestorm by claiming in a New York Times opinion piece to be part of a secret "resistance" force out to undermine parts of President Donald Trump's agenda.

The article triggered cries of "treason" from Trump and a demand that the powers of the federal government be brought to bear to root out the disloyal officials.

Simon & Schuster announced Tuesday that Woodward's takedown of President Donald Trump has sold more than 1.1 million copies just a week after publication. It is among the fastest selling hardcover books in memory and had the fastest opening in history for Simon & Schuster, which also publishes Stephen King, Doris Kearns Goodwin and Mary Higgins Clark.

Library backs off refusal to carry Woodward book on Trump

BERKELEY SPRINGS, W.Va. (AP) — Bob Woodward's book about the Trump White House will be on the shelf of a West Virginia library after all.

The Morgan County Public Library in Berkeley Springs reversed a previous decision and will carry Woodward's "Fear," the Charleston Gazette-Mail reported. The book is Woodward's account of a dysfunctional Trump White House.

Woodward's account of a dysfunctional Trump White House has already sold more than 750,000 copies, Simon & Schuster announced Wednesday, a day after the book arrived in stores.

Woodward book goes on sale as ex-Trump aides push back

The Latest: Former White House aide pushes back on book

WASHINGTON (AP) — The White House seethes with intrigue and backstabbing as aides hunt for the anonymous Deep (state) Throat among them. A president feels besieged by tormentors — Bob Woodward is driving him crazy — so he tends his version of an enemies list, wondering aloud if he should rid himself of his attorney general or the special prosecutor or both.

Leak hunting: The president and his insider critics

WASHINGTON (AP) — President Donald Trump is vowing to root out the leakers who contributed to the White House insider accounts that contend some on his team question his judgment, competence and even rationality.

Leak hunting: The president and his insider critics

WASHINGTON (AP) — President Donald Trump is vowing to root out the leakers who contributed to the White House insider accounts that contend some on his team question his judgment, competence and even rationality.

Trump says he doesn’t talk the way Woodward portrays him

WASHINGTON (AP) — President Donald Trump is calling a new book about his administration by longtime journalist Bob Woodward "a scam."

In a Friday morning tweet, Trump is objecting to The Washington Post writer's narrative of Trump's turbulent 18 months in office.

Trump says: "I don't talk the way I am quoted. If I did I would not have been elected President."

Book on Trump raises worries in South Korea about alliance

SEOUL, South Korea (AP) — Donald Trump had to be tricked out of killing a U.S.-South Korean trade deal? He threatened to move a U.S. missile defense system from South Korea to Oregon? He ordered a plan for a pre-emptive attack on North Korea?

Warren: If cabinet thinks Trump’s unfit they should oust him

BOSTON (AP) — Sen. Elizabeth Warren says if President Donald Trump's cabinet thinks he is unfit for office, they should remove him.

The Massachusetts Democrat made the comments in a fundraising email Thursday.

Warren points to an anonymous senior official who wrote a New York Times opinion piece claiming to be part of a "resistance" working "from within" to thwart Trump's most dangerous impulses.

Trump: ‘Very happy’ with Mattis; Will stay on job 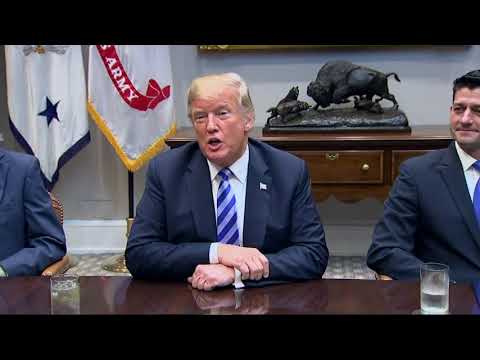 WASHINGTON (AP) — It's not clear whether President Donald Trump has much to fear from "Fear" itself. But the book of that name has set off a yes-no war between author Bob Woodward and the president, using all the assets they can muster.

ADVERTISEMENT
All contents © copyright 2020 The Associated Press. All rights reserved.